Kangaroos is the host of a fanfiction multiverse created by a writer named Ava. Most of the works are unwritten fanfiction, however, are publically available. 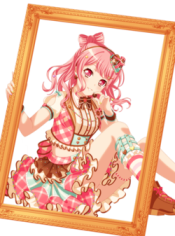 The Mitchells vs. the Machines: We Never Left

Spoilers for the Netflix original movie The Mitchells vs. the Machines

A fanfiction idea I had since late May 2021. It focuses on the two comic relief characters of the movie, Eric and Deborahbot 5000, and how they made their family so mad that they thought they had to move to a robot city. It takes place 10 years after the original movie, just enough time for the main villains to make their return.

Okay, so the only reason why I made this was because TMvTM has become a huge hyperfixation for me ever since I saw it. Chances are that the canon will only consist of the movie and the web shorts, but dang, it's got so much fanfic potential in my opinion. So out of all the things I can write using the characters of the series, I used... a rehash. Yay! /s

So yeah, I decided to make a fanfic where the protagonists and antagonists were my favorite characters in the movie but reenacting the first one and here are some bios of the characters.

Eric is one of the two robot brothers of the Mitchell family. He is a very dramatic type, holding a marker to draw the different emotions he's feeling, and using an evil voice to tell people to beware of danger. Danger that usually isn't even there.

Deborahbot 5000 is the other one of the two robot brothers of the Mitchell family. He is usually pretty calm, and talks in a friendly way. Makes friends easily due to his charm. Very straightforward, and like his brother, his tone can sometimes come off as inapt. Usually acts as Eric's straight man.

Rick Mitchell is the father of the Mitchell family, the family that Eric and Deborahbot 5000 hail from. He is an adventurous type who loves the forest, building things, and possums. Not that good at making situations better, despite his best efforts. He sticks to what he believes is right, thus his infamous Rick Mitchell Special.

Linda Mitchell is the mother of the Mitchell family, and a teacher of a Krav Maga class. She is described as the "mama bear" of the family, as she is kind and caring but she will rip someone apart if someone tries to hurt her children. A great craftswoman and a even greater mother.

Aaron Mitchell is a new college student and the older brother of Eric and Deborahbot. He is imaginative and smart, and an advocate for dinosaurs having feathers (his shirt says "REAL DINOSAURS HAVE FEATHERS"). He is not a stranger to departing from others, be it his older sister or his best friend, but it doesn't mean he likes it.

Monchi Nikolai Michell II, or MNM for short, is the Mitchell family's second pet pug. Besides being tripedal, he is almost identical to his father(?) Monchi. He likes treats and sneaking out of doors, and dislikes being trapped inside the house.

Katie Michell is the eldest of the Mitchell family, and the creator of Livin' the Pug Life on Netsney Channel. Married to Jade Mitchell. Licked deodorant once. Saved the world from the first robot apocalypse, along for the ride during the second. If you need something, call her, she's got at least something handy.

Jade Mitchell is a writer and puppeteer. She writes her own books, which are usually sci-fi, as well as helping Katie write Livin' the Pug Life. She is also a sock-puppeter, and is the puppet of the main character of the show. A very optimistic party girl. Prone to irony.

PAL was the main antagonist of the original film, and she has accidentally been backed up by the Pal Labs employee Norma Adkins. She tried to reform her robot army, but they all just went to Robo Heights to be normal robots. She didn't even know that place existed!

Glaxxon 5000 was the spokesperson for Foolish Human Air, but it was a surprise to many that the celebrity became CEO of a company called Saboten Inc. He, Ninon, and Finnegon try their best to create a friendly enviornment for its employees, which lured Eric and Deborahbot into applying for Saboten.

Ninon is Glaxxon's secretary, and his longtime friend. While seemingly devoid of any emotion, she's actually the most empathetic of her peers, and works her butt off of trying to keep the company alive. Has a secret affinity for bowling.

Ace is a scavenger that lives outside of the robot city of Robo Heights, scavenging for things like car parts, furniture, guitar pieces, and 80s memoribilia. Prefers actions over words. Is told to be scary, a term he wants to get rid of.

Koi is Ace's younger brother, and is also a scavenger that lives outside Robo Heights. He's extroverted and likes to pull pranks on people, particularly if it has to do with lettuce. Looks for any excuse to insert himself into the situation. Always talks about "the olden days" when he was "popular".

Finnegon is the character I have the most trouble with, so you have two choices.
A: Finnegon is the CPO of Saboten Inc. He seems to not be friends with anyone, especially defective robots. Eric and Deborahbot remind him of somebody he used to know.
B: Finnegon is the Chief of Police of Robo Heights. He is in charge of the Palettes, who he treats as his children. He won't stop capturing criminals for anything.

I forgot to draw Mark Bowman, former CEO of Pal Labs, Steve Poole, current CEO of Pal Labs, and Thomas Cunningham and Walter Grant, the co-founders of SUI, if they ever show up in this, Dexter Poindexter, a news reporter, if he even shows up, and Sarah and Guy Schmidt, the two people that get married in this movie.

The cat you see running around is named Ace. It was put in this page because one of the characters in this story is named Ace.